Production Overview
The Wilderness of the March River Forest

The March River with its forest is one the most beautiful and ecologically valuable riverscape featuring the richest biodiversity in all of Central Europe.

Like a green ribbon, the March river forest – together with the river forests of the Danube and the Thaya – links the Alps with the Carpathians, forming a bridge between Eastern and Central Europe creating an enormous diversity of habitats, and thus of animal and plant species, in a specific composition that cannot be found in any other place.

This is a Co-Production of Interspot Film and ORF in cooperation with WDR. 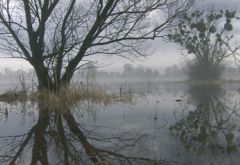