No-one played the game of diplomacy better than Austria’s Empress Maria Theresa.
She made peace between the Habsburg Empire and its oldest enemies, the Bourbons, rulers
of France, Spain and the kingdoms of Parma and Naples. To gain an ally against the Prussian
upstarts to the north, this deeply Catholic mother of 16 was even prepared to deal with the
woman whose morals she most despised: Madame Pompadour, mistress of Louis XV. Their
unlikely alliance helped usher in a new era in European politics, poised between absolutism and
Enlightenment.

Maria Theresa’s most powerful strategic tool was a weapon that had always come in handy in the
Habsburg arsenal: „Tu felix Austria, nube“. “Others make war, but you, happy Austria, marry!“
As a result, six of her children were married into the House of Bourbon. Maria Theresa knew
these marriages would largely be unhappy. When her youngest daughter Marie-Antoinette wed
King Louis XVI of France in 1770, all her political goals were won, but at a high personal price.
Only Maria Theresa‘s death in 1780 spared her from experiencing Marie-Antoinette‘s tragic
end, executed by guillotine. The biography of Maria Theresa and of the Habsburg family is the
story of the clash between private life and political power-play, between dynastic responsibility
and motherly love.

The blue chip drama-documentary „Maria Theresa – Europe´s Mother in Law“ marks the
300th anniversary of the birth of the most famous member of the Habsburg dynasty, and reveals
a previously unseen side of the regent based on recently-discovered personal letters of the
Empress to Countess Enzenberg, her lady-in-waiting. 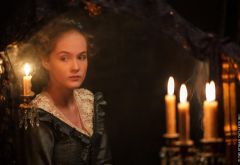