Universum History Victims of the Vikings

The Vikings – Human Traffickers of Old

The Vikings appeared, apparently from nowhere, at the end of the 8th century. Within just a few decades they increased their sphere of influence from the far north to the Middle East and from western Europe to the British Isles, making them one of the great success stories of the Middle Ages. Settlements in Iceland, Greenland and even Newfoundland established the reputation of the Norse seafarers as explorers and conquerors.

Above all, the Vikings spread fear and anguish, taking whatever they could lay their hands on: land, treasure - and people.

And yet, to this day, their heroism is celebrated. Is this justified?
Myths and legends about the courage and adventurous spirit of the Vikings appear to have obscured the dark side of their success.
Viking society was determined by human trafficking and slavery and it was the trade in people that allowed the Viking world to function and to expand, and to gain the reputation and admiration it still holds today.
Prisoners of the Sea - The Viking Slaves

Why did the Vikings hunt humans? What role did slaves play within their society? What fates awaited these captives? How professionally organised was slavery, and how did it develop over time? And what impact did the human trafficking of the Vikings have on the Europe of the Middle Ages?
Now, for the first time, a docu-drama seeks out the answers to these question and illuminates the history of the Vikings and their slaves.
The ruthless actions of the Vikings and the true story of the Irish monk Findan, as recorded in original writings from the 9th century, provide a foundation for a filmic journey to an age when the Norse seafarers established themselves as explorers and - to a lesser-known extent - as people traffickers and slave owners.
Ambushed, kidnapped and enslaved: the story of Findan and his family is symbolic of the fate suffered by hundreds of thousands of slaves under the tyranny of the Vikings.
The film literally captivates the audience, taking it back to the 9th century and then repeatedly bringing it forward to the present day to observe archaeologists and historians as they investigate the vanished world of the Vikings. State-of-the-art technology and conventional archaeological excavations allow the film to establish a scientifically reliable connection across more than one thousand years, providing a modern perspective of a side of the Vikings rarely touched upon in conventional history.
The different themes of the documentary come together at a variety of locations across Europe and the world, including Borre in Norway, Birka in Sweden, Dublin in Ireland, Istanbul in Turkey and Germany's Rheinau at the heart of Europe.
Scientific Methods Applied to History
Wolfgang Neubauer of Vienna's Ludwig-Boltzmann-Institute is considered one of the world's foremost georadar archaeologists. Research by Austria's "Scientist of the Year 2015" has played a significant role in the re-evaluation of the history of Stonehenge and Carnuntum.
Using extremely sensitive magnetometers and radar technology, Neubauer and his team examine historically relevant areas centimetre by centimetre from the air, on land and in water. Traces of human settlements buried far below the surface become visible with the help of a specially-developed software which turns the measurements taken by the team into detailed 3D models.
Conventional excavations like those undertaken in Norway's Borre serve to reinforce and augment the findings of the high-tech archaeologists.
The foundations of massive Viking halls and a large harbour have been discovered near to the discovery site of the world-renowned "Gokstad" ship. In Sweden's Birka, one of the most important trade hubs of the Viking age, discoveries have included a slave camp and buildings that resemble factories. These findings provide new insights into the lives of the Vikings and their approach to hostages and prisoners.
In addition, the film will feature many historical artefacts, tracing the course of coins from the Orient that made their way to northern Europe and examining handcuffs and shackles from the Viking age which provide information about the founding of cities like Dublin.
Precise research and related interpretations cast an entirely new light on renowned Viking strongholds.
A Co-Production of Interspot Film and Abú Media for ORF Universum History, ZDF/ARTE, svt,  Ceska televize and TG4. Funded by Fernsehfonds Austria, with the support of Creative Europe – Media Programme of the European Union and distributed by ORF Enterprise. 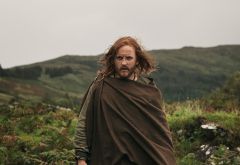