"It all starts with the fact that the history of the earth has shown an astonishing readiness for millions of years to create exquisite habitats for wild animals here."

A wild, unique mountain habitat runs through the heart of Austria and Europe – the Totes Gebirge or „Dead Mountains“. The massif rises to elevations of more than 2,500 metres and covers an area of more than 1,000 km2, making it the largest karst plateau in central Europe. The mountains are permeated with subterranean rivers and caves, while the surface is sparse and dry. It is a mystical, apparently inhospitable world – and yet, this harsh wilderness is one of the most diverse eco-systems in the Alps.

The region‘s pristine lakes, primeval forests, meadows and moors provide a stunning contrast to the karst formations of the mountains. Among the most compelling wild inhabitants are the local grouse, which establish their nests everywhere from the mountain forests to the bare peaks. These large birds act as guides throughout the documentary, re-appearing regularly in segments that explore their behaviour and survival strategies. Other animals include lynxes, red deer, foxes and golden eagles, as well as a local species of harvestman which hunts using claws larger than its own body. The film also explores Danube bleak fish migration, mountain daffodils and rare woodpecker species.

Adaptation and the intricate relationships between geology, human history and the natural world are central themes of the documentary. The Totes Gebirge was formed by fire, water, wind and ice, but the beauty and mystery of the mountains is largely the result of local flora and fauna – and human influence.

A Co-production of Interspot Film and ORF in association with ZDF/ARTE and ORF Enterprise, funded by Austria Television Fund, Cinestyria and Land Oberösterreich. 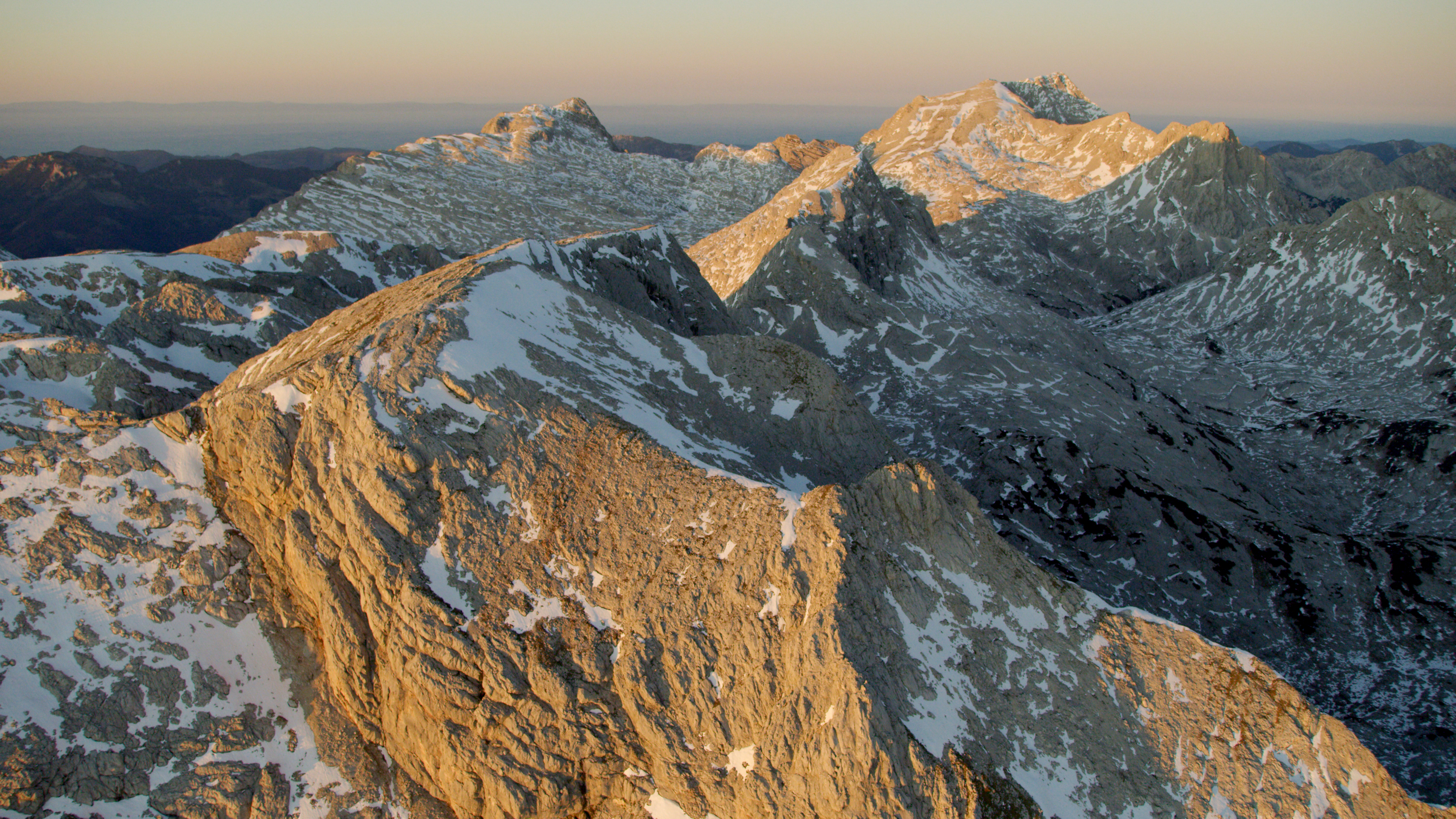