He was the manager of a Viennese scaffolding company, and became the allegedly "most dangerous man in Europe". He was responsible for several war crimes during World War II and yet was found innocent by a war crimes tribunal. He was a fanatical National Socialist until his death, but became a global media phenomenon - particularly in the countries of his former enemies.

His name was Otto Skorzeny, member of the Waffen-SS and renowned across the world as the man who freed Mussolini from incarceration at Gran Sasso.

For the first time, this film tells the true story of the man who, unjustifiably, is still seen by many as a "good, brave, honourable Nazi", using secret service files that have only recently become available, as well as Skorzeny's personal papers. 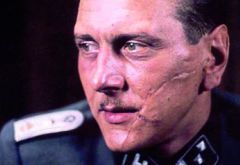