In the new episode of his successful musical odyssey, Hansi Hinterseer embarks on an exploration of the nation's capital. Accompanied by his loyal companion Quincey, he will present "Vienna's Natural Treasures" on Saturday 1. May 2010 at 8.15 p.m. on ORF 2 and ARD. He will be joined by musical guests including Lena Valaitis, the Nockalm Quintett, Francine Jordi, Viera Blech, Rudy Giovannini, Sigrid and Marina, Petra Frey, Licht, Vincent & Fernando, Uwe Busse, the Paldauer, Karl Hodina and Gaby Albrecht.

The unique Danube wetlands and the landscape around the March river lie just outside Vienna and are among the most diverse habitats in Central Europe. Hansi and his companion Quincey explore the area, meeting people who have dedicated their lives to the preservation of the region. Among the people he meets is the president of WWF Austria and former director of Schönbrunn Zoo, Prof. Dr. Helmut Pechlaner. As well as the wetlands, Hansi also explores the Lainzer Tiergarten, the former imperial hunting grounds on the outskirts of Vienna. This last remaining piece of the original Vienna Woods is home to wild boar, deer and innumerable bird species, as well as 400-year-old oak trees.

Hansi also visits the magnificent and picturesque Schloss Hof palace, where old domesticated species are still bred to ensure their continued existence. Nearby lies Carnuntum, one of the most important centres of the Roman Empire, and Hansi and Quincey engage in a bit of time travel. Dagmar Koller surprises Hansi with a little section of wilderness in the middle of the city, and with a visit to a traditional Viennese wine tavern. At the end of the show, Hansi joins a group of children in their efforts to preserve the habitat of the European ground squirrel on the Perchtoldsdorfer Heide. 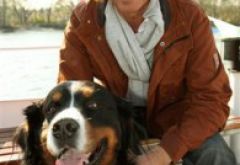